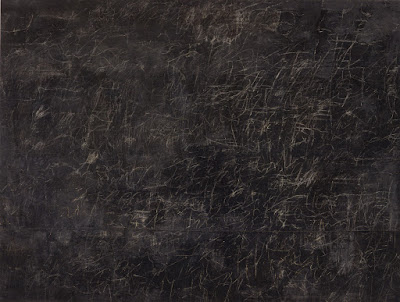 Over at the second annual magazine for Neutral Spaces, I have a one act play up.

Posted by Ben Arzate at 6:37 AM No comments:

For those who are friends with me on Facebook, I've been banned for 30 days and I have no idea why. I tried my alt but I couldn't get it to work. So I simply won't be on there for a month.

Posted by Ben Arzate at 6:24 PM No comments: 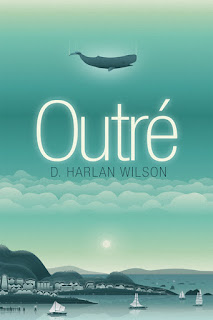 After a whale falls from the sky and dies on impact, the film industry, now a practically all-encompassing industry since simulations of reality have become more real than reality itself, immediately begins working on a movie adaptation of the event. A borderline washed-up actor, the unnamed narrator of the novel, takes the role of the whale as possibly his last shot at maintaining fame.

“Everything outside of the unconscious is just another exercise in artifice and subjectivity. The only difference between mammals and reptiles is body heat. Otherwise we are morbid equals.”

That plot summary is the best way I can summarize the basics of the book, but it would be pretty deceptive on its own. The book is full of digressions, philosophical pondering, meditations on film, reality, Moby Dick, and humorous routines. The book is divided into three sections, with short intermission sections between the first and second and the second and third. Each “chapter,” if they can be called that, consists of a single paragraph preceded by titles such as “Stage” or “Return, or, 'History' (Vol. 3).” Having originally found Wilson through his short stories and flash fiction, I found this structure suited the book very well.

The whale falls during the first intermission section, the actual first section mostly following the unnamed actor through his various antics while filming. Wilson's fiction that I've read is always hilarious, and his humor his just as good here. One chapter has the actor having to repeatedly drown himself and be revived for a scene, all the while the director of the film changes hands several times. Another chapter has him finding his film career no longer brings in enough money for his lifestyle so he takes a side gig as the Vice President of the United States.

When the actor takes the role of the whale, studying for it by interviewing a simulation of Herman Melville and reading Moby Dick multiple times, he's put through a process that transforms his body into a whale. There's an element of body horror as he describes his transformation and a sense of a loss of identity, an identity he barely had a grasp on in the first place, as he's required to live as a whale for the duration of the film.

Throughout the book, there are other reoccurring themes (it doesn't feel right to call them subplots) such as the mishaps of a has-been actor named Donny Ennui, The Vice President controlling the country while the President is nowhere to be found, and letters from a character who signs his name as “D.” who believes himself to be a gang stalking victim by various celebrities.

Despite the multiple digressions and the often slippery sense of time in the book, the main story is relatively easy to follow. This provides an anchor for people more used to traditional narratives while still experimenting with the form an structure of the story. Some may still find themselves lost while reading it, but even then, I believe it's enjoyable as a hallucinatory trip.

Outré is a funny, strange, insightful, and entertaining look at film and its relation to reality. People new to D. Harlan Wilson's odd and unique style may want to start with some of his short fiction, but this book is well worth reading.